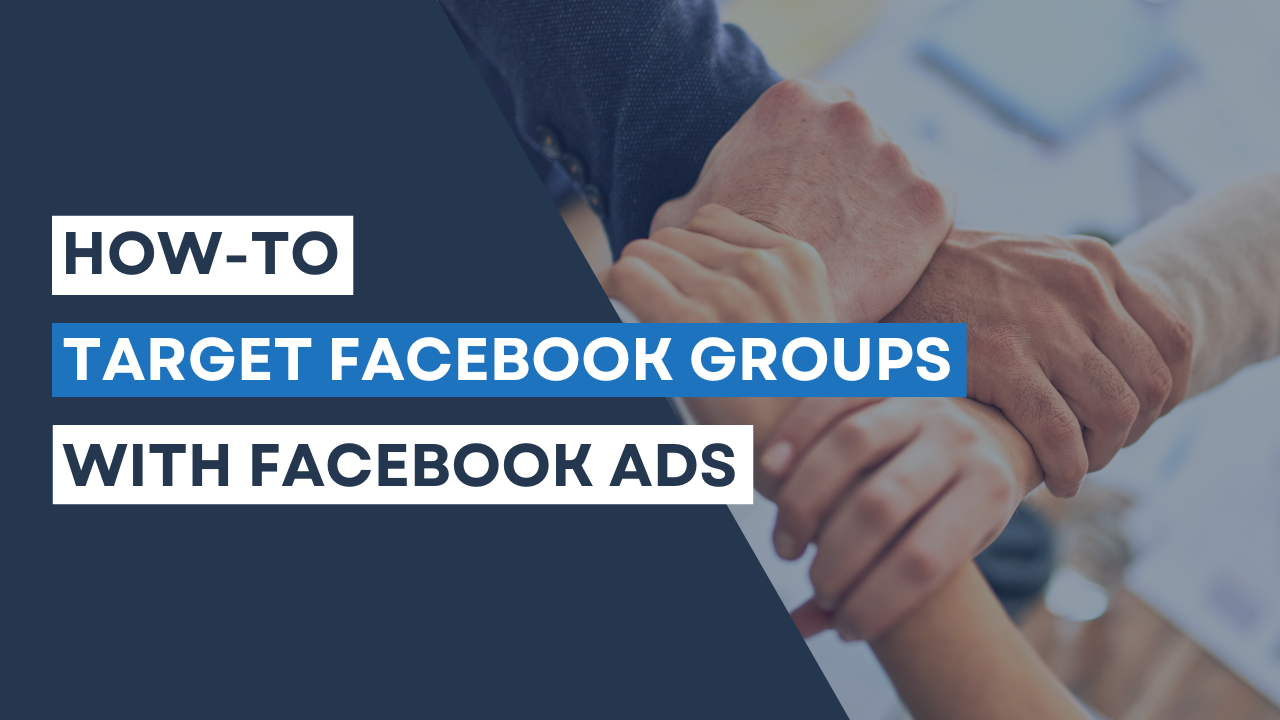 Have you found a highly relevant Facebook Group whose members are the ideal target group for your product or service? And are you wondering how you can laser-target your Facebook ads exactly to those people, so you can avoid wasting ad budget on broader targeting?

You’ve found what you’re looking for, because in this article I’ll share a little known trick for targeting members of specific public or private Facebook Groups with Facebook ads.

And no, it’s not posting a video into a group as your business page to then create a custom audience based on your video’s views (most admins will ban you for trying anyway).

Facebook Pages, like ClickFunnels, can be created by businesses and “liked” by users. The ClickFunnels page for example is created by an internet company and has 383K likes.

There are also Facebook Pages that represent people instead of businesses, like Russell Brunson (the founder of ClickFunnels). These types of Pages can be “liked” or “followed”.

Russell’s Facebook Page has around 680K likes and 800K followers. But having a lot of likes or followers doesn’t always mean that the business or person is an “interest” that can be targeted.

When entering “ClickFunnels” into the Detailed targeting field inside Facebook Ads Manager, there are no results found. Meaning there isn’t a targetable ad interest assigned to it.

But when entering “Russell Brunson”, Facebook does suggest an interest that can be targeted with ads. The audience size according to Facebook is between 443,835 and 521,950 people.

Note that these numbers are not the same as the “likes” or “followers” counts.

Finally there are also two large Facebook Groups, both an official one and an unofficial user group for ClickFunnels. Both are private Facebook Groups that users can request to join.

At least, not without the strategy I’ll share with you in this article.

Facebook likes advertisers to target broad audiences, because that’s how they generate revenue. Their revenue (and stock value) is linked directly to the number of ad impressions they’re able to sell to Facebook advertisers.

So naturally they’ll do anything to “make that number go up”.

Over time Facebook has created a distinction between public and hidden Facebook interests, removed thousands of detailed targeting options, forced Detailed Targeting Expansion upon us and indoctrinated advertisers to believe that Facebook’s AI is smarter than them… so they should just target broad and let Facebook magically find their customers for them.

Above all, they’ve made it super vague WHO you’re actually targeting.

As a result Facebook advertising today is much less targeted than before. Which is ironic, because laser-targeting based on rich user profiles was exactly the thing that once attracted millions of advertisers to the platform.

It also works for Facebook Pages by the way, so you can create audiences of people who “like” a Facebook page that doesn’t have a matching ad interest. That’s how you can target Facebook ads to fans of competitors which is obviously a smart strategy to hijack their audience.

Here’s how you can create targetable audiences from Facebook groups.

First you’ll have to sign-up for a LeadEnforce account. They offer a free 7 day trial on their website, but if you sign-up for a trial through my link you’ll get a 30% discount on your first month’s payment (if you decide to upgrade to a paid account after the trial).

After signing up, you can create a project in your dashboard.

Inside such a project, you can add sources. These can be URL’s of Facebook Pages but also of Facebook Groups. You can add 5 links at a time, but the number of URL’s per project is 10.

After inputting your source URL’s, you should hit the ‘Analyse’ button and give LeadEnforce some time to build your audience. Depending on the number of URL’s you’ve added this can take a few hours to complete your audience.

After completion, you’ll see how many members of the Facebook Group it was able to add to your audience. Let’s be clear: it will never be 100% of the group members. And LeadEnforce claims it works better with open Facebook Groups compared to closed groups.

But still, in this example 45% and 66% of the groups’ members create a decent audience.

Finally, you can share this custom audience by entering your Facebook Ad Account ID and clicking ‘Share’. The newly created audience will automatically show up in your Ads Manager, under ‘shared audiences’. Now you can select it when choosing your ad targeting!

Make sure to check out our in-depth LeadEnforce review as well as our case-study about targeting Facebook ads to people who like a Facebook Page of a competitor.