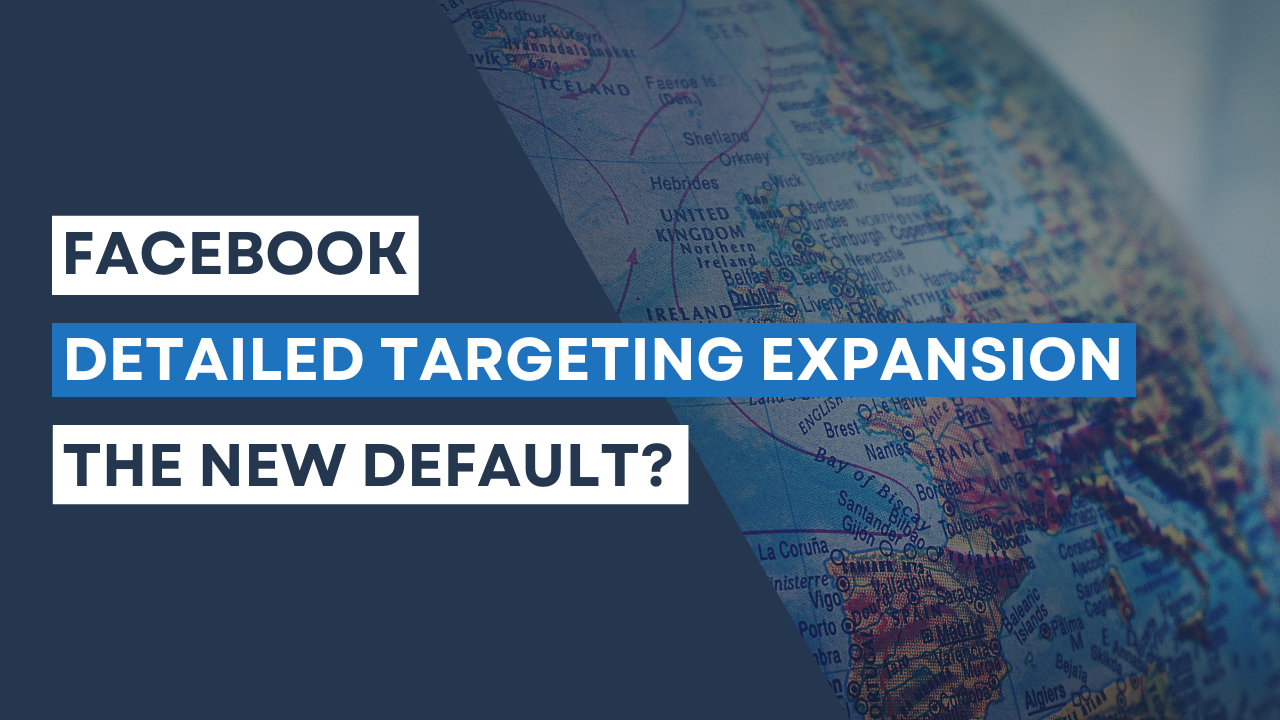 And when Facebook announces changes, they are often implemented gradually in ad accounts. That’s why some users might already see them in their ad accounts, while others don’t.

Recently, with the launch of Facebook’s Marketing API v.12.0 update, we’ve learned that Facebook is making a very worrying change that impacts the future of interest-based targeting.

They’ve announced to make “Detailed Targeting Expansion” the new default for campaigns that are optimized for conversions, value or app events using the conversion objective. Users for whom this option is already enabled by default, don’t have the ability to turn it off either.

While Facebook frames this change as presenting “new opportunities”, we very much disagree.

We’ve always advised strongly against allowing Facebook to use Detailed Targeting Expansion, by making sure the checkbox in Facebook Ads Manager is unticked.

The reason why we don’t recommend enabling this feature, is because it simply inflates any targeted audience to the size of a broad audience without any targeting specified.

Why is Facebook making Detailed Targeting Expansion the new default?

Facebook’s goal has always been to push advertisers towards targeting broader audiences. That’s how they generate more revenue and keep their shareholders from selling their stocks.

And now, they’ve stepped up their game by forcing this option on users.

Without giving them the ability to opt-out of it.

What is the impact of this change?

In our previous article “Facebook Detailed Targeting Expansion, Should You Use it?” we’ve advised strongly against using this feature. And we’ve shared clear examples of what happens to your targeted audience size when you use it. Simply put: it allows Facebook to just ignore your targeting specification and basically target a huge broad audience of millions of people.

This wouldn’t be a huge problem, if Facebook’s AI was very capable of finding your ideal customers within a huge audience. But the fact is that their AI isn’t that smart, especially nowadays.

Privacy initiatives like ITP and the iOS tracking updates have limited Facebook’s ability to collect data on 3rd-party websites – which heavily impacts conversion attribution. But it also heavily impacts their ability to create custom audiences and the quality and size of lookalike audiences.

What can advertisers do to still target specific audiences?

It remains to be seen if Facebook can improve the inner workings of Detailed Targeting Expansion and make it actually work for advertisers. At this moment it simply doesn’t, but by pulling up the curtains advertisers won’t even know if Facebook has used it or not…

At this point, the most straightforward solution is to use a Campaign objective that doesn’t force Detailed Targeting Expansion as the default yet. Like “Traffic” or “Reach”.