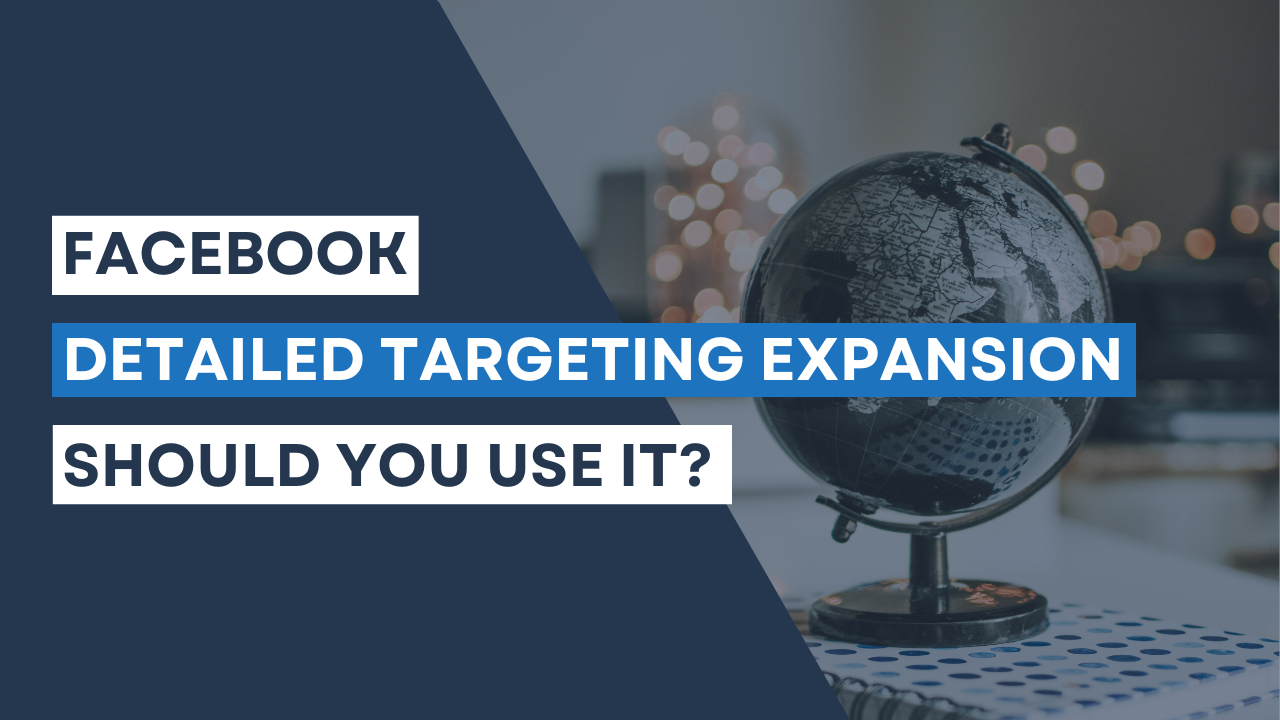 Should you check the Detailed Targeting Expansion feature in Facebook Ads Manager when creating a new ad set? That’s the question I’ll answer in this article because the use of Facebook interest targeting expansion is a topic I regularly get questions about.

Detailed Targeting Expansion allows Facebook to expand the reach of your campaign by targeting a broad audience beyond the interests you selected for targeting. I don’t recommend using it, because it just inflates your audience to worldwide broad targeting.

So we’ll have to look closely at what they say it does. And what it actually does.

The checkbox is placed right underneath the Detailed Targeting form field where you’ll input interests and behaviors to define your target audience.

I regularly receive emails from InterestExplorer users, asking if they should check this Detailed Targeting Expansion or not. That’s because Facebook’s description of it’s inner workings is very limited.

Detailed targeting expansion lets us show your ads to more people, which may help you reach your optimization goal. You can use this option when you want us to show your ad to additional people who we think would get you more and/or cheaper results.

So it allows Facebook to target a broader audience than just the interest audience you’ve defined in the Detailed Targeting section. If they think that it may improve you results.

So it just adds interests “similar” to the ones you entered yourself and it doesn’t use other similarities (like lookalike audiences). So it’s not like a lookalike audience, it’s a broader interest based audience.

When advertisers select this feature, we dynamically make updates to reflect where we’re seeing better performance.

So it makes adjustments based on performance. Which implies that it will only work effectively for campaigns that have exited the learning phase (this requires around 50 conversions per week per ad set).

For conversions and app install campaigns, new audiences are opted in by default. To opt out, click or tap to uncheck the box next to the Detailed Targeting Expansion option. For all other objectives, detailed targeting expansion is turned off by default.

Let’s look closely at a few examples to see how Facebook Detailed Targeting Expansion actually impacts the target audience of our ad sets.

As a first example I have entered an extremely broad interest into the Detailed Targeting field: “Physical fitness”.

When targeting a worldwide audience in the ages 16-65+ it results in a potential reach of 820 million people.

I think it’s funny that Facebook still calls this a “fairly broad” audience.

When I check the Detailed Targeting Expansion checkbox, Facebook increases the potential reach to 2.1 billion people (which is more than a 250% increase from the 820 million people).

When I completely remove the interest from the Detailed Targeting field and just target a worldwide audience of 18-65+, it’s also 2.1 billion people.

This example shows that even a very broad audience is still increased 2.5x when activating Detailed Targeting Expansion. And Facebook clearly has a different definition of “fairly broad” then most people would agree on.

Now let’s look closely at an example of a more targeted interest: “Shredz Women“. This is a platform that offers workout videos, contests, healthy meal recipes and fitness motivation for women.

“Shredz Women” is an example of a perfect interest to target if you’re selling fitness related products, because it passes the “but nobody else criterion” I explain in my Definitive Guide on Facebook Interest Targeting.

Let’s go through the same steps as we did with “Physical fitness”.

Facebook now estimates the potential reach of the ad set at 220.000 people, and inflates it to 2.1 billion again if I activate Detailed Targeting Expansion.

Aaaand… in both cases the audience is still “fairly broad”.

So… Should You Use Detailed Targeting Expansion?

I don’t think this article requires a lengthy conclusion:

No, you should not use Facebook’s Detailed Targeting Expansion.

If it does anything at all, it just massively inflates the size of your target audience. As my examples show it increases both targeted and broad interests to a worldwide audience of 2.1 billion people.

And while Facebook claims it “may” improve your performance, most ad sets won’t even reach the required 50 conversions per week to exit the learning phase.

Makes you wonder why Facebook would make this a default…🤔

Update (October 2021): Facebook has announced that they are going to force Detailed Targeting Expansion as the new default for some Campaign objectives, without giving users the ability to opt-out. This is a very worrying change, and we’ve published this article about it.