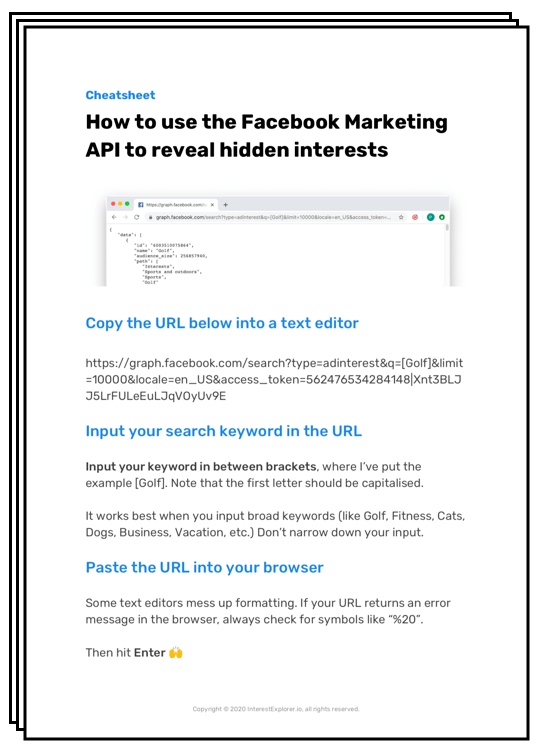 How Does iOS14 Impact Your Facebook Ads? (For Non-Techies)

While your favorite guru was still teaching secret strategies for “training” your pixel, I already warned you that Apple would crumble our Facebook cookies soon… it seems the time has come.

An update to iOS14 that is announced for early 2021, requires all apps to explicitly ask for permission to gather data and track users across mobile apps and websites. This includes Facebook’s app and it impacts Facebook ads conversion attribution, (re)targeting audiences, and more.

This article will help non-techies understand what’s going on so they can prepare for what’s coming. I’ll summarise the developments that already started back in 2017, while everyone was still sleeping on it…

A brief history of Apple’s war to protect privacy

Advertisers are rudely awakened by notifications in Ads Manager.

Although it’s big news right now that Apple’s announced iOS14 update is “killing small businesses” (according to Facebook), the events that led up to this started already back in 2017.

Today’s internet is built on pixels (to deliver information to a server) and cookies (to store that information in a user’s browser so the server can read it again later).

That’s why Apple started a war to protect privacy and improve user experience by crumbling these tracking cookies and limiting the abilities advertisers have to stalk internet users.

It all started with the addition of Intelligent Tracking Prevention (ITP) to WebKit, the engine that powers Apple’s built-in Safari browser.

ITP’s aim is to prevent users privacy by reducing the lifespan of cookies, and the abilities of advertisers to track users across 3rd-party websites.

With every new iOS and Safari update these measures became more and more strict. And starting from iOS13 and Safari 13 ITP reduced the lifespan of tracking cookies to just 7 days.

That means that for the majority of Apple users:

🍪 Facebook can only add users to website custom audiences for retargeting if these users visited the website in the last 7 days. So while you were still instructing Facebook to add “visitors in the last 30 days” that wasn’t even possible anymore for Apple users.

The same applies to exluding an audience of past purchasers.

The core of the problem is:

While obviously all these limitations should’ve already gotten Mark really nervous, he decided to keep this quiet and not alarm advertisers.

And so started a game of whack-a-mole to try and circumvent the increased privacy measures forced upon them by Apple’s ITP.

🥊 Facebook added this weird fbclid= parameter to URL’s when someone clicked on an ad. This helped them to circumvent ITP for some time, until that loophole (called “link-decoration) was closed shortly after.

🥊 Facebook increased the intrusiveness of their Advanced Matching feature and made it default to scrape website’s checkout forms to gather email addresses and names (to still attribute these to Facebook users).

🥊 These changes also gave birth to various 3rd-party software solutions to circumvent Intelligent Tracking Prevention and extend the lifetime of tracking cookies beyond 7 days. These tools (like CookieSaver) create a backup of your Facebook cookie and replace the expired cookie with the backup. So it tricks the browser to believe it has a longer lifetime. This still works in web browsers on desktop, but it’s expected that with every new update it will get harder to get around it…

During the WWDC 2020 conference Apple announced to take their efforts to protect internet users’ privacy one step further, by also imposing new limitations on mobile app developers and apps in Apple’s App store.

We believe users should have the choice over the data that is being collected about them and how it’s used. Facebook can continue to track users across apps and websites as before, App Tracking Transparency in iOS 14 will just require that they ask for your permission first. pic.twitter.com/UnnAONZ61I

Obviously many Facebook app users will not allow the app to track them across other websites and apps. And most people use Facebook’s app instead of the mobile or desktop browser.

And as a result of that:

But instead of starting an anti-competition lawsuit against Apple (which I expect might be their next step) they’ve started a public blame-game.

Facebook spinned the story to make it look like Apple is the bad guy that’s killing small business by limiting their ability to run personalized Facebook ads. And that Facebook is the good guy coming to the rescue.

They’ve launched a website to raise public awareness and even ran full-page ads in major newspapers like the New York Times, Washington Post and the Wall Street Journal.

While I’m a Facebook advertiser myself, I’m also an internet user.

I personally understand and agree with Apple’s motives for doing all of this and I think it’s a good thing that big tech platforms are held accountable.

I’m sure that in the long run it will improve our online experience, but right now it also forces us advertisers to quickly adjust to a “cookieless” future.

Whether you agree with my opinion or not doesn’t really matter. What matters it that you do everything you can to prepare.

What I recommend you to do:

💡 Take this seriously and stay up-to-date on new developments. This is more important than any “secret scaling trick” and it seems Facebook will not be able to fix this issue for you. Read Facebook’s updates around this topic and attend their webinar on January 7th 2021.

💡 Start collecting email addresses from your visitors as a major part of your strategy. Even consider putting part of your content behind an email login. While new tracking methodologies will emerge to replace cookies, email addresses have always been the best way to recognize people. I’m betting on their growing importance in the near future.

💡 Sharpen your customer persona / avatar. As targeting and retargeting based on pixel data will gradually be limited, it becomes even more important to KNOW which characteristics define your perfect audience. Things like their demographic profile, their interests, etc. These are native elements on the Facebook platform that will remain available. I’ve written a Definitive Guide on Facebook Interest Targeting which I highly recommend you to read if you haven’t done so already.