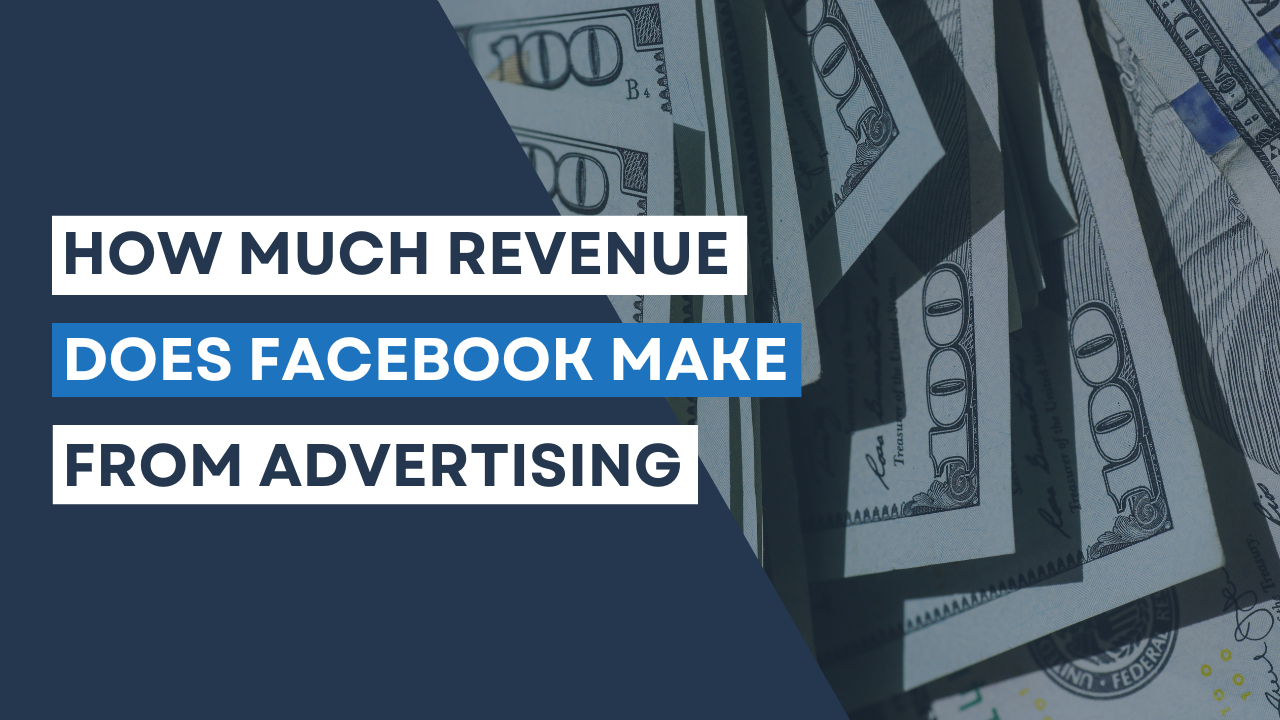 Facebook is one of the most valuable companies in the world.

Its over 2.7 billion users speak volumes of its success in the social media industry.

With a market cap of $562.19 billion, the tech giant follows a unique yet simple business model to generate revenue.

Despite such a massive valuation, what’s interesting is, the in-platform users pay nothing directly to Facebook.

Well, much of Facebook’s revenue comes from its advertising services.

In fact, in 2020, 98% of Facebook’s $86 billion revenue came from advertisers within its Facebook and Instagram apps and the remaining 2% from selling Oculus and Portal devices and payment fees from developers.

Well, if you have ever wondered how Facebook’s business model works, read this article.

This is because, in this article, we’ll break down Facebook’s major revenue channel and discuss how much revenue Facebook makes from advertising.

Who are Facebook’s profit-making customers?

Facebook’s massive user base often creates headlines and gives praises on its success as a social media giant.

Well, apart from the billions of general audience spread across Facebook and its children platforms, there’s another user-segment that makes billions in revenue for the company and those are the advertisers.

Advertisers make money for Facebook by running Ads on the platform, and hence are the profit-making customers.

The company consistently updates and introduces features to keep the general audience engaged, while allowing advertisers to use advanced tools to reach the most granular profiles on the platform and the partnered apps.

Facebook offers its products for free to everyone. All you need to do is create an account to get started. Even advertisers use all the advanced tools without paying a penny.

So, where does the money come from?

The company charges nothing for its products because it focuses on collecting user data by tracking your behavior on its family of apps that includes Facebook, Instagram, WhatsApp, and Facebook Messenger.

Facebook knows your interests, hobbies, birthdays of your family members and friends, the content you like to consume and the products you are looking for in the market.

It also knows the apps you visit outside of Facebook and about your life events.

The company collects such Information and updates it by tracking consistently.

It categorizes your persona based on your age, gender, location, occupation, linguistic proficiency and other information collected.

Well, this is where the advertisers come in.

Facebook offers them a plethora of tools, settings, and filters to work on the data and billions of personas collected through behavior tracking.

Advertisers can create Ads in many formats, display the Ads to the most niche audience, and track performance of campaigns to learn critical insights to understand what’s working and what’s not.

Tracking also helps advertisers to understand how a particular advertisement resonates with unique audience segments, and hence pick the most profitable one.

Advertisers pay Facebook to display Ads to their target users.

Advertisements enter an auction where advertisers set a bid to display particular Ads to a user segment.

The money Facebook charges typically depends on many interactions.

For instance, cost per click is the amount advertisers pay when a target user clicks on a shown advertisement.

Similarly, there are many unique charges to advertisers based on whether a user completes a desired action.

Facebook has over 10 million active advertisers who constantly create and publish Ads to generate brand awareness, influence consideration and convert customers by driving them through unique sales funnels.

These advertisers regularly pay hefty sums to get maximum results from their Facebook Advertising campaigns.

The social media giant profits from the sheer competition between brands on the platform for the share of the audience.

Even small businesses with limited budgets use Facebook Ads to generate leads and convert potential customers.

This’s how advertisers are the profit-making customers, and Facebook generates revenue from advertising.

Most of Facebook’s revenue comes from its advertising services.

The company has shown tremendous growth in the past few years to become one of the most valuable companies in the world.

Let’s now break down Facebook’s Ad revenue to understand how it has performed over the years.

In 2017, the revenue increased to $40 billion. This is where the major shift happened.

In 2018, Facebook delivered 22% more Ads compared to the previous year. The company also enjoyed a 13% growth in ad rates and increased the total Ad revenue to $55 billion.

In 2019, both the net revenue of the social media giant and the Ad’s revenue saw a growth of 27% compared to 2018. Although the average price per ad decreased by 5% in 2019, Facebook delivered more Ads and hence bagged a revenue of $69.66 billion.

The company performed the best in the last quarter of 2021 generating almost $33 billion in advertisement revenue compared to $27 billion in the first quarter, beating the projected numbers.

Recent data suggests Facebook has generated a revenue of $56.7 billion so far in 2022.

There you have it. Now you know who the profit making customer-segment for Facebook is and how much revenue from Ads contributes to the net revenue of the social media giant. You also know how Facebook makes money from Ads and a break of the revenue over the past few years.